For anyone unfamiliar with the show, what’s the premise of the show?

Legally Blonde is based on the best-loved movie which follows beautiful and popular sorority sister Elle Woods who loves to be pampered and is passionate about pink. When she is dumped by her boyfriend Warner Huntingdon III for a more serious girlfriend, she puts down the credit cards and picks up the books. Packing up her trusty Chihuahua, Bruiser, she bags herself a place at the prestigious Harvard Law School to try and win him back. With the support of her new friends she learns that you can be both smart and fashionable, with much excitement along the way. 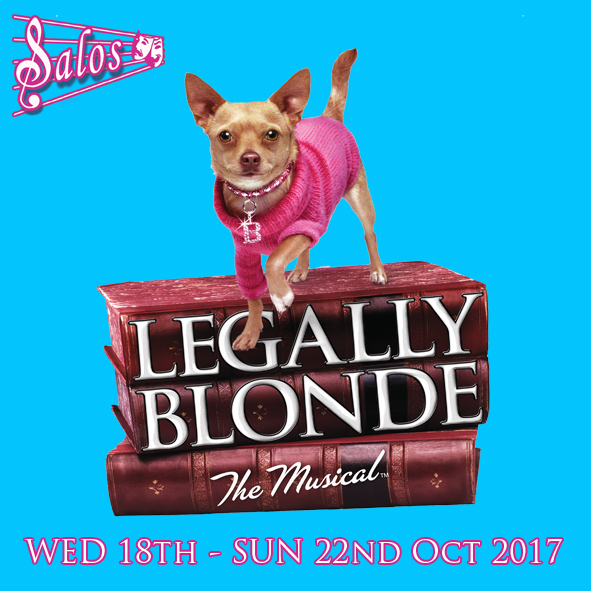 Why have you chosen to do Legally Blonde and what’s your approach as a director?

SALOS has been staging high quality musical productions in professional theatres in Swindon since 1952.  Each year SALOS members choose the next show they want to perform and ‘Legally Blonde’ won the vote for 2017 by a landslide!  This is Premiere of the show for Swindon and the local area.

When I watched the West End production of ‘Legally Blonde’ starring Sheridan Smith back in 2010, I can distinctly remember thinking that it would be a great show for SALOS to do if it ever became available, and here we are seven years later working on this production. It has been an interested one for the production team; on one level the show is an empowering piece of fluffy pink feminism, presented through high-energy, catchy musical numbers coming one after another; the dialogue is equally as feel-good, with some lovely moments between the characters.    Protagonist Elle Woods, of course, is the severely underestimated sorority girl who manages to get into Harvard Law School to impress a former boyfriend – only to realise she’s far too good for him.  However the message from most of the characters that the best version of ourselves is when we can be ourselves, is one that is enduring and applicable to all. 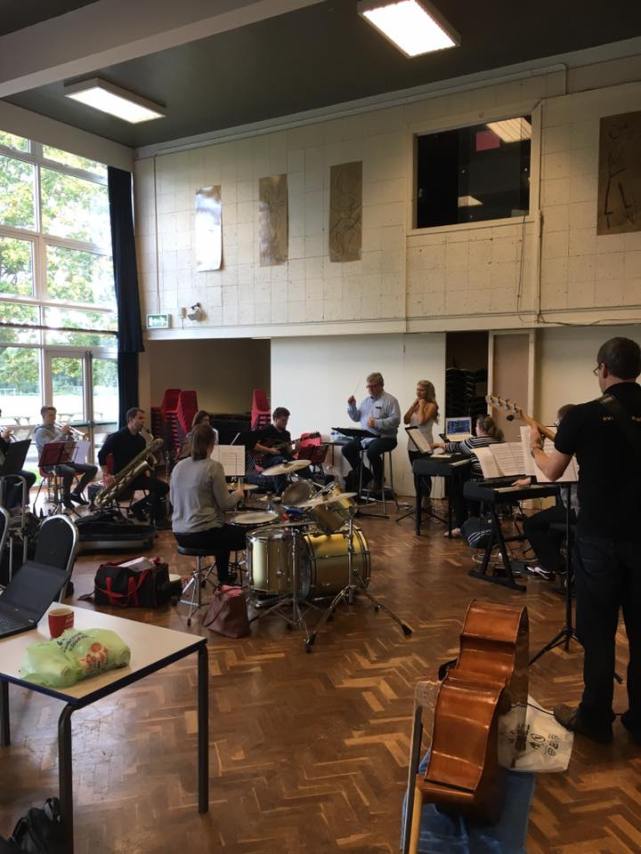 This year SALOS have a cast of over 30 members performing in “Legally Blonde” and principal roles are being played by new members, Frankie Le Bon, Jamie Everley and Felicity Coster.  They are joined in principal roles by Jill Carter, Christopher King and James Canning, who audiences will all recognise from previous shows.   The cast have been having so much fun with this show, which really is like nothing that SALOS have ever produced before!   The large ensemble have worked so hard as they take on many different cameo roles throughout the show.  In the majority of musicals there are ‘ensemble numbers’ with large numbers of people just appearing on stage to do a big number together and disappear just as quickly, but in this show the ensemble work is inextricably linked throughout the dialogue and musical numbers and some members are playing 5 or 6 characters within the show!  This is the first time I have had to track every single cast member in such depth because every single person is doing something completely different to the next person  – it does all seem to be coming together and making more sense to people now!

Joining the cast on stage are two Swindon dogs, English Bulldog, Vera, who plays ‘Rufus’ and Hamish, who plays Elle’s Chihauhau ‘Bruiser’.   SALOS are no strangers to having dogs in their musicals!  It is amazing how many musicals are written with characters for our four-legged friends!  Last year we searched for a dog to play Toto in our production of Wizard of Oz and were delighted to have ‘Indy’ perform.  Previous to that we had ‘Mack’ from Janet’s Puppy Skool who played ‘Sandy’ in the 2012 production of ‘Annie’. Dogs who perform with SALOS are always well looked after and we think carefully about how to introduce them to the cast and to our rehearsals venues…… they always get their own special rehearsal in the theatre by themselves to make so they are happy!  Vera and Hamish seem to be very happy in rehearsals with the cast.

How long have you been rehearsing the show?

Because we are a society, SALOS always has a long rehearsal period because we try to strike a balance between ‘putting on a great show’ and having fun each week doing our hobby.  We auditioned our principal roles towards and then started rehearsing in May.  We wanted a little more time this year as the show has some particularly complicated routines in it!  We always have at least a month off over the summer and then things start to get really busy when we return in September when we start to rehearse 2 or 3 times per week.  We are now in the final stages of rehearsal and we are looking forward to hearing our 12-piece Band for the first time, trying on the costumes, and then moving to the Wyvern Theatre for our show-week where we will see our professional set for the first time.

How can people find out more about SALOS and get involved?

SALOS is always interested to hear from people who may want to join us either on or off stage.  We have a large membership from aged 16 to 70+.  In addition to our main show at the Wyvern Theatre each year, we also do concerts and have workshops to try out new skills related to our performance work.  We are holding auditions for new members straight after ‘Legally Blonde’.  We also welcome people who want to be part of the society in a role that is not on stage.  We have a team of members who get involved in costumes, backstage crew, props team, prompt, cast refreshments or selling programmes in the theatre.  Without our members doing these roles that people do not often think about, our shows simply would not happen!

More information about joining SALOS can be found on our website www.salos.org or by emailing: salos_swindon@hotmail.com

‘Legally Blonde’ will run for 6 performances from Weds 18th – Sun 22nd October 2017, including a 2.30pm matinee on the Saturday and Sunday.