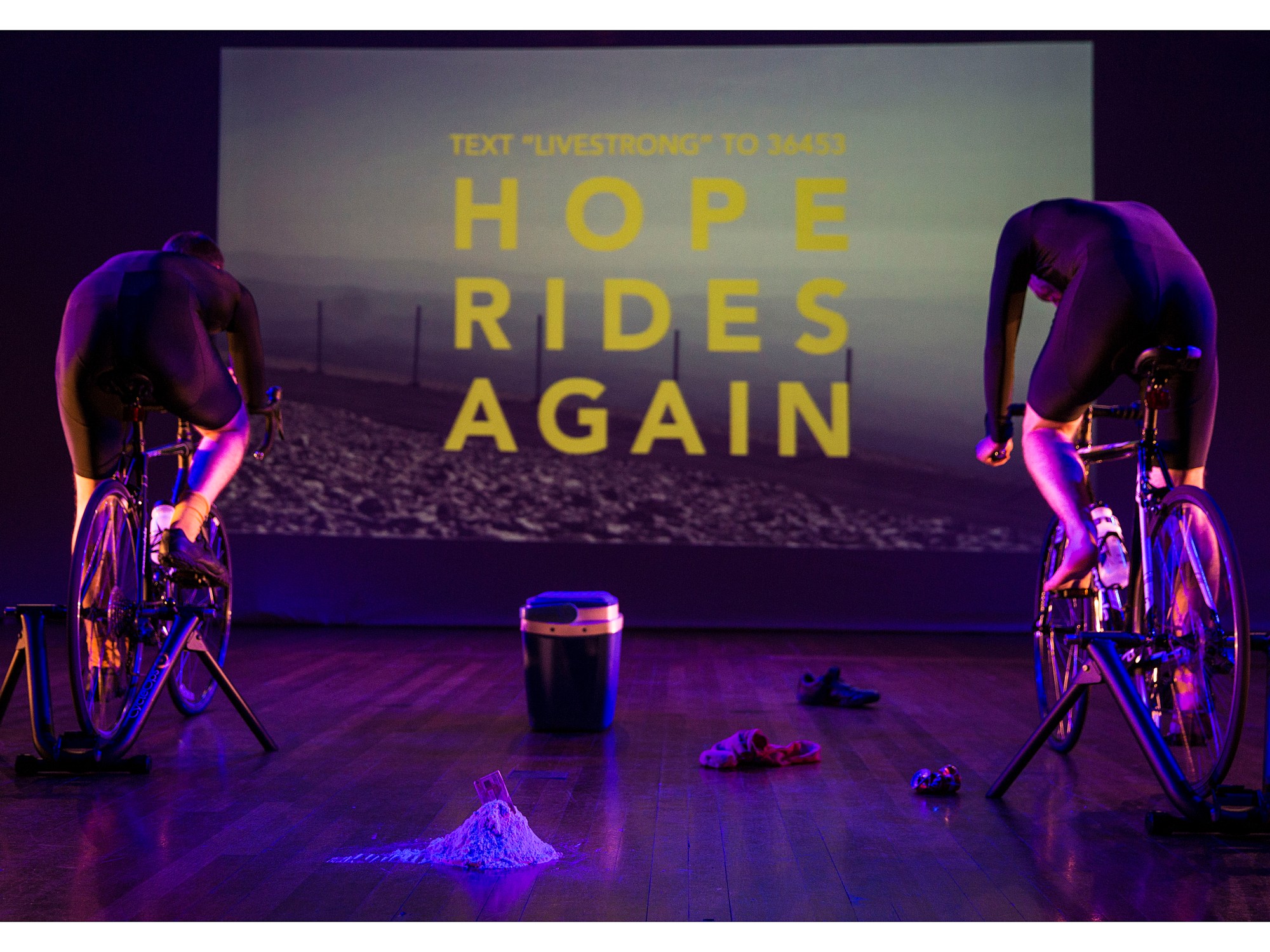 In our latest Inside Swindon Theatres conversation we spoke with Tom Barnes from 2Magpies Theatre about Ventoux which is coming to the Swindon Arts Centre on Thursday 23rd March.

Ventoux is the most fearsome mountain encountered on the Tour de France.

It is also the story of Lance Armstrong and Marco Pantani – whose drug-fuelled race there in 2000 was the greatest cycling had ever seen. In Ventoux it charts the parallel lives of these champions who overcame great adversity in tandem, and the mountain that cast them in opposing directions.

Hi Tom, Thank you for your time! Could you tell us about the company 2Magpies Theatre and the work that you make?

We’re based in Nottingham and we make performance about issues of global significance, with both a new point and a dynamic way of telling the story. In the past this has included The Litvinenko Project (about the poisoning of Russian dissident alexander Litvinenko, performed in cafe spaces) and Last Resort (about the detention of terror suspects in Guantanamo Bay, re-imagined as a holiday resort). Our shows are very visual and include lots of elements to bring these different stories to life. They often get described as ‘unusual’…

What first attracted to you the subject matter of Ventoux and in particular stage 12 of the 2000 Tour de France?

Ventoux is our second show (between The Litvinenko Project and Last Resort) and restages the battle between Armstrong and Pantani in Stage 12 of the tour de France. It was undoubtedly one of the most entertaining stages in the races history by itself. However when you add the context of the obstacles both riders faced earlier in their careers, and their opposing fates afterwards, it becomes more interesting and complex. Our race flashes backwards and forwards between these times and looks at why Armstrong is a perceived villain and Pantani a perceived hero. The setting of Ventoux as the steepest and most vicious climb in the Tour de France heightens this too. 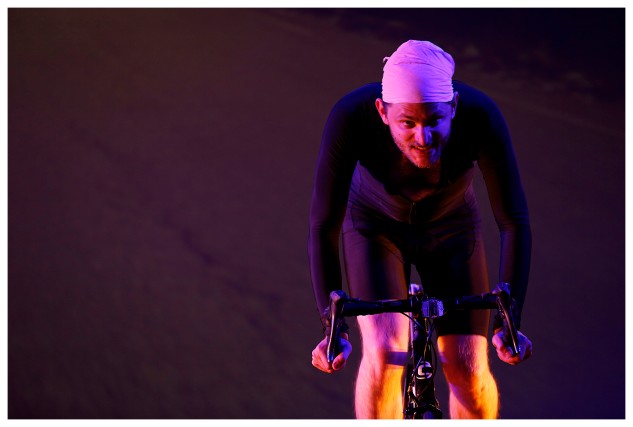 How do you approach the preparation for presenting the two central characters:  Marco Pantani and Lance Armstrong?

We do a lot of research as a company whether we’re looking at the movements of Alexander Litvinenko’s final day, or the torture techniques used in Guantanamo Bay. For Ventoux, we consumed as much as we could on the Pantani and Amrstrong as separate characters. We read books and articles, and watched documentaries and interviews. We were most interested in what they said, particularly about each other. Something Ventoux does which other portrayals doesn’t is pit their personalities against each other. They were very different people, opposite in many ways. 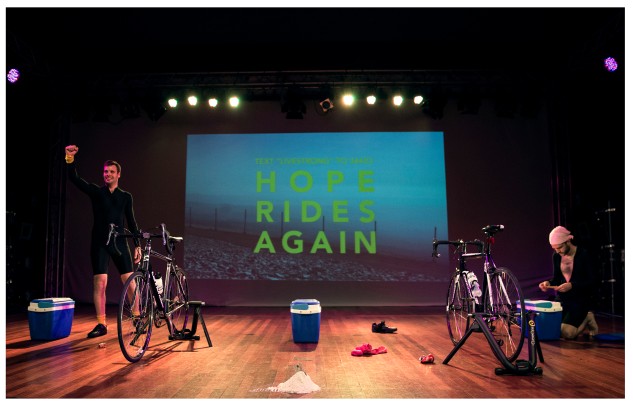 Mount Ventoux is described as ‘a god of evil to which sacrifices must be’ by the philosopher Roland Barthes, how important is the setting for the performance?

I can testify that what Roland Barthes says, having cycled up it in September 2014! It’s a relentless climb, which doesn’t level at any point for around 21km from base to summit. When you consider Pantani and Amrstrong had already risen 100km that day, and were half way through a 21 stage race, its more brutal. I think it separates the great climbers from the world class ones in this respect, and riders really want to win it. It’s also thrown up some historic Tour de France moments, for instance World Champiomn Tommy Simpson’s death is 1967, and Chris Froome’s crash and subsequent running up in 2016! It’s like a third character. 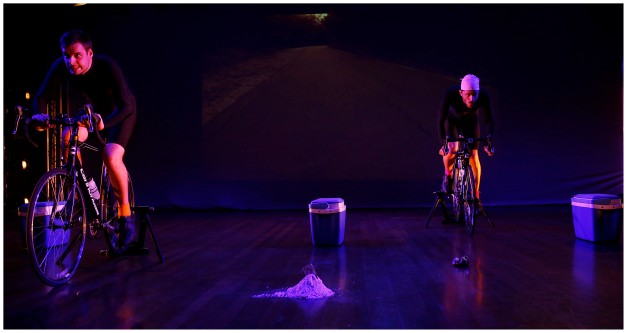 What is the next show you are working on?

We’re looking forward to touring Last Resort later in the year and into Spring 2018. It had been looking increasingly like Guantanamo Bay might close, but given the changes in US politics this year, I think its an issue which will come back on to the agenda. We’re also hoping to make a larger scale show in 2018 which may be of interest to audiences who particularly like Ventoux! It’s unlikely to be cycling related however…

Ventoux will be at the Swindon Arts Centre on Thursday 23rd March at 7.30pm

For more information and to buy tickets please visit: http://bit.ly/VentouxSAC