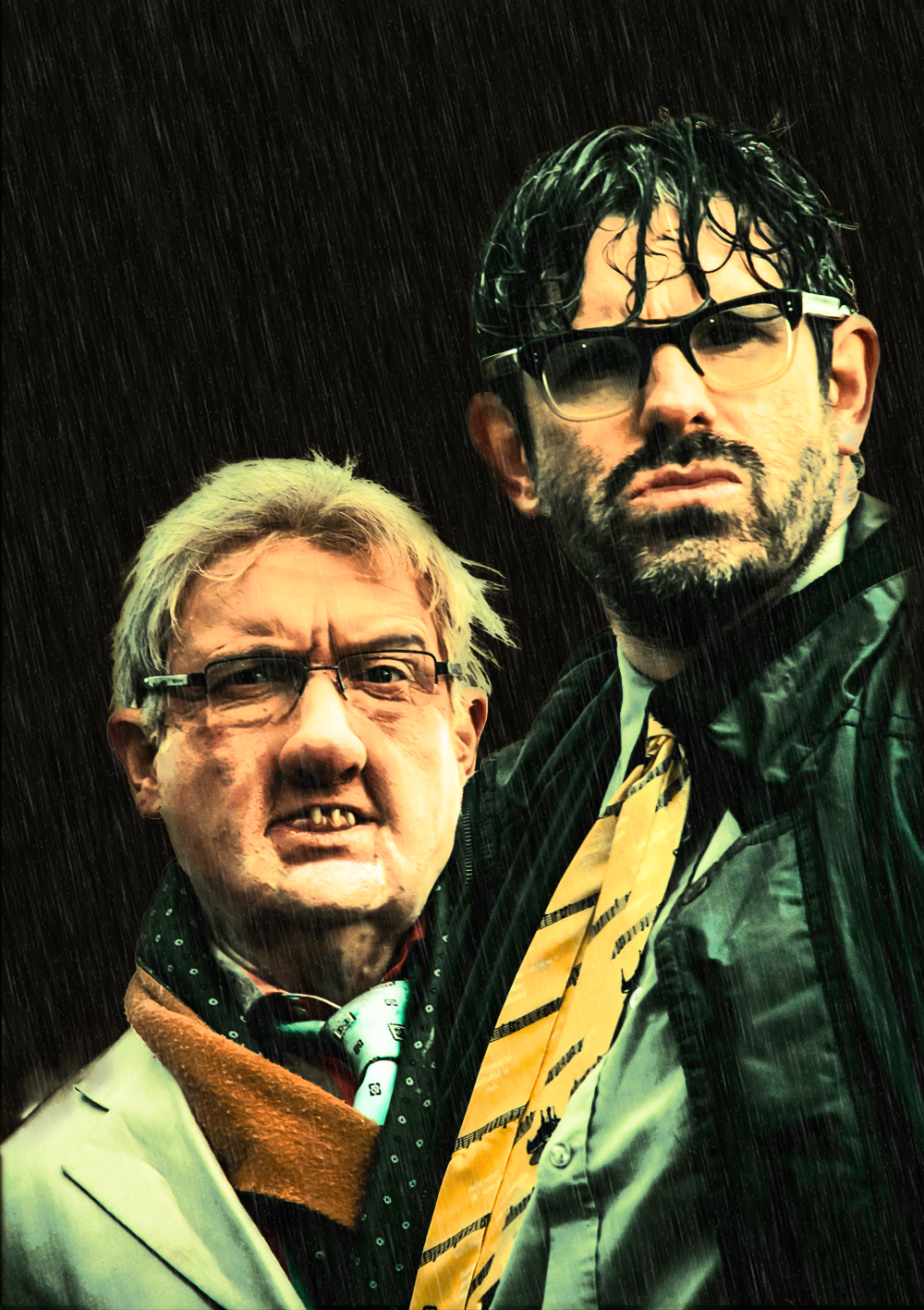 Star of BBC 2’s Shooting Stars Angelos Epithemiou and Eastenders icon Barry from Watford come together to discuss how to succeed in business and where they think corporations have got it right and wrong and the direction in which the financial sector is headed. But mostly they will be discussing the bookies, Londis, Crimewatch, their balls, if you can claim benefits in space, whether or not Kim Jong Un cuts his own hair and how Ban Ki Moon once nearly lost The UN in a poker game.

Still not sure what to expect? Read our chat with Angelos and Barry about what you can expect from them when they visit Swindon Arts Centre.

Your touring show is called New Power Generation. This perhaps suggests dynamism, vibrancy and explosions. Is that what you’re giving us?

Angelos: No, there’ll be none of that. I thought what we’d do is suggest things from the title but then give them something slightly different. It’s actually going to be a very serious debate like Question Time. I’ll be Dimbleby and Barry will be everyone else like Russell Brand, Farage and all that lot. And we’ll discuss all the big stuff like the economy, ecology, Europe, superyachts. I don’t have a superyacht because it’s a waste of money. If I had all that cash, I’d spend it on something much more worthwhile, like an elephant or something that could fit in the garden. At the very least it could wash your car.

Barry: When we done a run-through in Watford, we came onstage with a Kung fu thing. We thought it was rather brilliant, very controlled, but then one day we thought it wasn’t really working at all. So we bought a Chinese dragon’s head for 170 quid off the internet and what we do is quite a vibrant opening using the dragon’s head. When we first wrote the show, it had a TED Talk style title but the honest truth is we’re going to be trotting out the usual rubbish and we’re now stuck with that title. There will, of course, be a number of important themes but if anyone can actually uncover them, that’s another matter.

Where did the two of you first meet?

Barry: Oh, was that you? I thought that was my Margaret’s friend Irene. You were dressed rather differently. After 45 minutes of the Airblade, I had one very dry hand and one very sweaty one; I managed to put all the sweat in one hand. It’s all about positive thought.

Do you have any pre and post-show rituals?

Angelos: Before a show, I do like to make sure I’m definitely at the right venue and with my trousers on: that is absolutely set in stone. And I have to be there at the right time: that is non-negotiable. My post-show ritual is that I have to leave the building. Not immediately, but eventually.

Barry: Yes, make sure you’re wearing trousers and pants because no one wants to see any of that. And make sure you remember what you’re doing there and remember your lines and speak nice and clearly and loudly, and try not to blush with embarrassment about exactly what they have paid to see you. Don’t start apologising either. As a warm-down, a lot of comedians say it’s very difficult as it can get very, very lonely; they’ve had all that tumultuous applause and then they’re all alone. Well, I say to those people, you’re doing something wrong because I fully intend to have our hotel room stuffed full of birds. If someone intends to have a warm bath and a cocoa and then go straight to bed, well, that’s their look-out.

Will you be sharing a room on tour?

Barry: I’d be very happy to do that to save money. Whether that involved sharing a bed or a bunk bed or a put-me-up, a sit-me-down, a lie-me-down or a bend-me-over, I do not know. Perhaps one of us can go down to breakfast and nick some bread rolls, some of them butters, fruit, yoghurt, the cheese with holes in it and the ham with a clown’s face on it for the kids, then that’ll be lunch sorted.

Angelos: He has one of those big oxygen tanks and I’ve said to him if that blows up, I’m moving rooms. I’ve had to lay down the law a little bit. And he snores.

Barry: I hope the snoring and me getting up through the night won’t cause him any trouble; I’m sure he’ll be able to sleep through. If I was sharing with Oscar Pistorius, I might not be willing to get up in the middle of the night. But what goes on tour stays on tour: my wife Margaret has given me carte blanche, so if I want to go out afterwards, I might stay out all night. Maybe go to the casino. 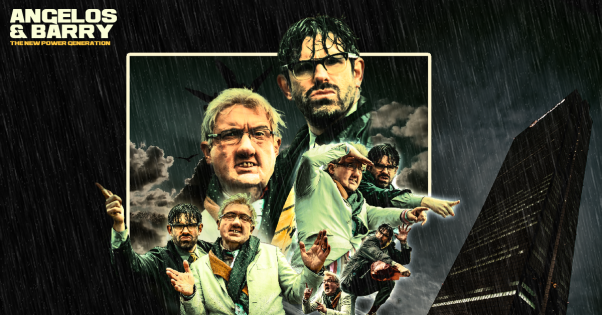 Finally, and I hope this doesn’t cause any undue tension between the two of you, can you say one thing that you like and dislike about each other?

Barry: The one thing I like about Angelos is that he does an ever so lovely shepherd’s pie. I say he does it, he heats it up very well. The one thing I dislike about Angelos is his friend Colin from Londis. He tends to show off a bit when he’s with Colin: who’s got the most football stickers? Who’s faster in a running race? Who’s got the nicest tassels on the handlebars of their bike? I don’t like that kind of one-upmanship.

Angelos: One thing I like about Barry is his sense of fairness. He gives everyone, with the exception of about 25 people, a fair crack of the whip. He gets on with everyone apart from his son-in-law and various shop staff in Watford. And a few people down his club. What I don’t like about him is his smell. Unavoidable at his age, I suppose. I have to carry around my own tin of Glade to clear the way.

For more information and to buy tickets please visit: http://bit.ly/AngelosBarrySAC